Strange? Not at all, I’m simply curious. And I don’t like cooking. Even though on many occasions there are no survivors, this programme actually reduces my fear of flying.  From human error to mechanical failure, and a raft of other factors; the work of the crash investigation team is compelling viewing. They conduct painstaking analysis and in the end, identify what can be learned to prevent future disasters.

When a rare event like a plane crash occurs the story becomes worldwide news. Occasionally, the skill, experience and decisions of the pilot(s) can save the lives of those onboard – and on the ground- and they become heroes.
My story leads to those many workplaces around the globe, where incidents happen but don’t make the local news, let alone a TV programme. Business ventures fail, organisations close down, jobs are lost, accidents occur, customers are let down, and patients are given the wrong medication.
Although these incidents may not seem as catastrophic as a plane crash, for the people involved they often are.

How often is the cause of the problem identified? Are workplace mistakes spoken about, or silently ignored?  Could future disasters be prevented? No-one wants to look ignorant, incompetent, or negative. Is there enough trust and respect in the team for people to openly say “I goofed, I screwed up, I’m concerned about…”? When things go wrong, is there a focus on learning from mistakes? 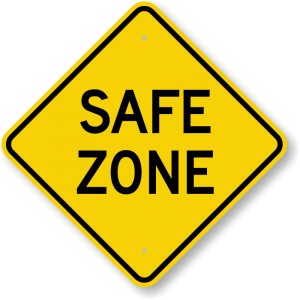 In this short and valuable TED talk Dr Amy Edmondson (11.26 mins) illustrates the mindset shift needed to move from a culture of blame to a culture of learning, by providing what she describes as psychological safely.

Her research shows why best teams make the most mistakes.  Why? Because – they are prepared and encouraged to talk openly about their mistakes – but only as long as the leader is willing to instil a culture of no-blame, be calm, listen clearly, make rational decisions. Only then can the team can get into the Learning Zone.

Leaders have a responsibility to make workplaces psychologically as well as physically safe.

Amy provides three ways to help Leaders build teams that can work in the Learning Zone:

1. Frame the work as a learning problem.

2. Acknowledge your own fallibility  (For example, as their leader might I have missed something?) 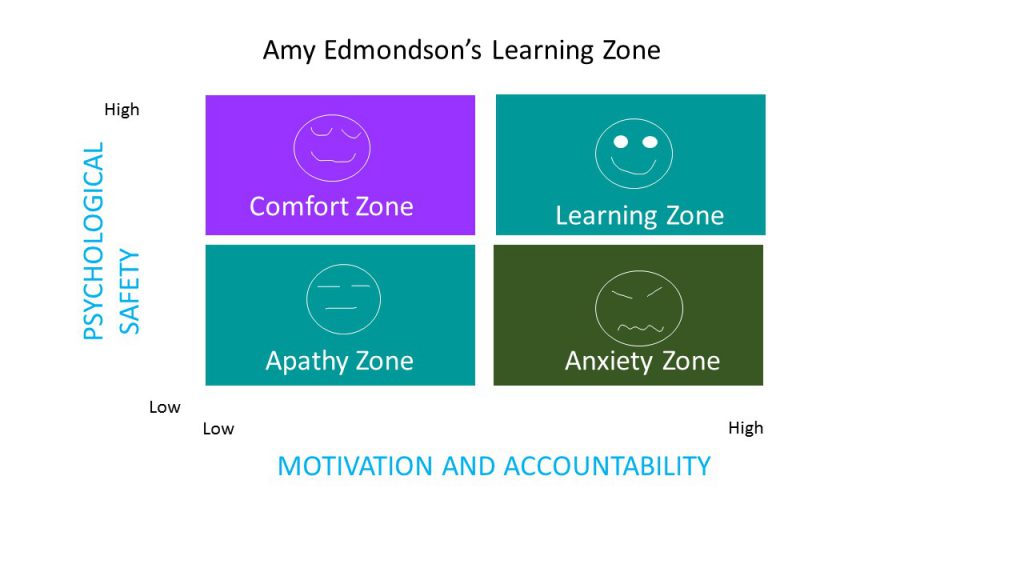 An event such as a facilitated workshop is often a catalyst for culture change initiatives and can assist Leaders and team members to shift mindsets.

TetraMap is a learning model that increases personal well-being and team cohesion. Experienced facilitators set the context for teams that want to work in the Learning Zone. The focus is on shifting mindsets, understanding inter-dependencies and taking responsibility.

About Amy – Inspired by Bucky
Amy Edmondson who worked closely with Buckminster Fuller has been teaching, consulting, and writing about the organisational synergies that can be created through teamwork, with a particular focus on the role leaders play in producing them. Read more about Edmondson here, and the books she recommends executives read to become more effective team leaders and how to capture the benefits of synergy for their companies.

When things go wrong, is there a focus on learning from mistakes? 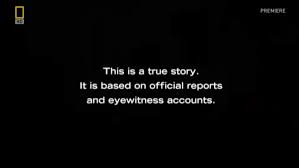 What can a world-renowned, highly efficient armed forces learn from nature? TetraMap International was invited by the Centre for Leadership Development, SAFTI MI (Singapore Armed Forces Training Institute), to stretch mindsets and transform thinking about how teams can more effectively and naturally learn together. More 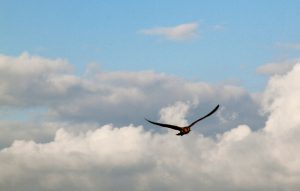