I’ve lost count of the number of surveys where CEOs have cited talent as one of the most important issues to their strategic agendas, and yet it’s the exception rather than the norm for individuals to say they’ve had a good conversation with their line manager about their potential. Line managers are all used to talking to their people about their performance, but often shy away from talking about potential and how to develop the talent of their people.

In this blog, I want to share with you why performance is not the same as potential and the importance of having open and honest conversations about talent.

Why am I sharing this blog?

As an occupational psychologist (yes I said the P word but there are no couches involved, I promise) I’m passionate about developing talent and the importance of transparency in this area. At O2 I have the privilege of leading some exciting talent-development activities and working with some truly gifted high-potential individuals. But their line manager has just as important a role as anything I do with those people.

Performance does not equal potential

Performance is relatively easy to measure – people have clear objectives (hopefully), and most organisations have clear competency/performance frameworks. So we can assess the ‘what’ and the ‘how’ of performance. But potential is different to performance.

Around 10 years ago I was working with a senior leader looking to promote a star performer in their sales team. We discussed the person in detail, and the leader was adamant that their star performer would make a great team leader. However, when the person got promoted she bombed miserably. Later on, I found out that the step up to team leader had been too much of a stretch. The person had approached the new role in the same way that they dealt with the old role and it had not worked out.

Moving into a more senior or wider role nearly will nearly always involve doing things in a different way – for example, the level of complexity, the strategic timescales, stakeholders, and ways to influence them will differ. Unless people have the potential to think and behave in different ways, they’re unlikely to be successful in the new roles. Agility is a word that often comes to mind when I think about people with high potential.

So how should you assess and identify potential?

A lot of organisations like O2 use well-researched and robust frameworks to measure potential – ours looks at three main areas called Judgement, Drive, and Influence (JDI). This is different to a competency framework in that it looks at the capabilities and traits that are required to step up – how easily someone can ‘close the gap’ from where they are to the next level. We use these three areas to measure potential.

So why don’t leaders talk about potential?

There are many reasons out there. Some of it I think comes down to leaders who either don’t know about models like JDI or are more familiar with measurements of performance. But I also think it’s because some leaders feel uncomfortable having the conversation about potential with people. The challenge isn’t around those who demonstrate high potential – it’s more those team members who are good performers but demonstrate lower levels of potential (i.e. they are 3 years or more from being ready to step up to the next level, if at all). Often they’re the people we need in our teams but we’re worried that if they feel there’s no possibility of career progression in the immediate future they will walk.

But doing nothing doesn’t help them either

I remember working with an individual in a government department some years ago – he was uber-bright but lacked some of the social skills to be highly impactful at senior levels. No-one had given him any feedback about his development needs or the size of the gap up to the next level – as a result, he was getting frustrated and thinking of leaving the organisation. I was given the opportunity to give him that feedback, and although he didn’t enjoy the message at the time, he was clearer about what he needed to develop to get to the next level. A couple of years later after a lot of reflection and some hard graft, he got his promotion.

I’m a strong believer in transparency and treating people with respect. In the same way, as we shouldn’t shy away from challenging performance conversations, the same is true for discussions about potential. Better to have the open and honest conversation, manage expectations, and help people develop their potential than let them run with unfairly high expectations – right into the brick wall of disappointment when that promotion doesn’t happen in the next six months. Equally, talking about potential with your high potentials gives you the opportunity to talk to them about their career, and how you can truly stretch them to achieve their potential.

So having in-depth conversations about potential is a key part of being a leader. As one leader once told me, her biggest measure of success with her team was not for them all to stay but for her to help them develop their careers and move upwards and onwards out of her team. 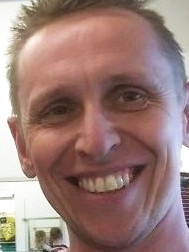 Ed Fothergill is a Certified TetraMap Facilitator at Telefonica in the UK where he is part of the O2 Leadership Development Team.

Having in-depth conversations about potential is a key part of being a leader. As one leader once told me, her biggest measure of success with her team was not for them all to stay but for her to help them develop their careers and move upwards and onwards out of her team.