TetraMap provides a framework to decode behaviour. With most behavioural instruments, brain theory reinforces our approach, but recent findings from the field of neuroscience challenge the labels we’ve relied on – left brain / right brain.

We’ve had this notion (and it’s now considered a myth) that creative, spontaneous and subjective people are ‘right-brained’ and those who lean on logic, analysis, and detail are ‘left-brained’. But of course, life is much more complicated.

There are some giant chasms between the reality of the research and the language we’ve been using to describe and explain behaviour in terms of brain activity– and it’s doing us a disservice.

Check back on the original studies around the brain separation idea. The notion came from studies in the 1800s where it became very clear what abilities and activities were compromised when brain injuries impaired one hemisphere. It then became all too easy to attribute to one part of the brain the responsibility for specific behaviours. As a consequence, we’ve defined people who show a strong affinity for certain behaviours as being ‘right-brained’ or ‘left-brained’. 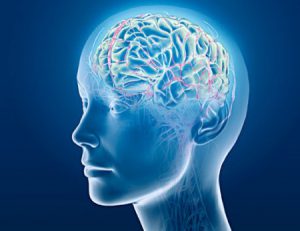 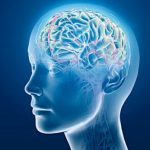 But it’s not that simple

Two centuries later advances in neuroscience and the technology that support this field of research show us so much more about how the brain really works.

In a two-year study by the University of Utah, neuroscientists used brain scans of more than 1,000 people to confirm that the brain operates as an integrated system. Whatever human experience you’re up to seems to switch on a range of complex brain networks and zones of brain activity. Whether it’s resting, reading, running, or resolving – they all show up differently in fMRI images. And while different parts of the brain might light up during specific activities, connections across the brain are as important as any hot spots of brain activity. So what we now know is that both hemispheres are involved in almost all cognitive tasks.

So what’s the real story?

In a nutshell, it’s this: All complex behaviours and cognitive functions need the integrated actions of multiple brain regions in both hemispheres of the brain. It’s probably our need to put things in boxes – to classify things, to digitise into simple black-and-white logic.

Add to that our love of metaphors and stories to make ideas stick, and you can understand why people as smart as Daniel Pink come up with lines like “Right-brainers will rule the future.”

So how do we handle this?

When I’m talking about what goes on in that amazing space between our ears, I’m working hard to substitute the word ‘hemisphere’ for the brain. So I’ll talk about the left hemisphere activity instead of the left brain. To me, it says more about what’s going on in terms of the processing and action rather than labelling the person. I’ll talk about the amazing flexibility of the brain, the ability to form new connections, learn new things, and modify our behaviour.

Just as the TetraMap instrument can produce 63,000,000,000,000 different combinations, we need to acknowledge the uniqueness of each of us.

Let’s remember that left-brain/right-brain is a simple binary map of behaviour based on a common myth that associates behaviours with different sides of the brain. TetraMap uses the terms as metaphorical labels.

We all have digital music on CDs, phones, iPods etc. It is stored as a very high-fidelity binary map of the sounds we love. But to hear the music, it must be converted into sound waves which are definitely not digital. It is easy to forget that the map is not the territory.

As Amy Novotney, a writer for the Guardian comments, “Let’s not underestimate our potential by allowing a simplistic myth to obscure the complexity of how our brains really work.” 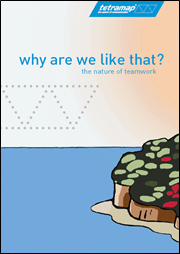 The big five Personality Theory – and the rest explained. 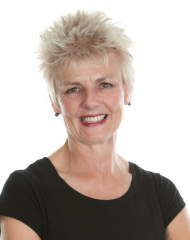 Robyn Walshe  Master TetraMap Facilitator has a gem to share with everyone. “As I uncover other tools and diagnostics I’m intrigued how people lean on the reports that result (all done by algorithms) and their complex concepts and language.

I love TetraMap’s simplicity and the focus on how engaging more effectively with others. But mostly it’s how we create meaning together. Our concepts are memorable because we also have a sense of fun and play in our work.

As facilitators, it’s important to embrace the diversity of approaches on offer, yet have a quiet confidence about TetraMap’s place in the world – and that’s helped by knowing and understanding what else is out there. I found this article helpful – and I trust you will too!”

Huge thanks to Robyn, whose generosity epitomises our share and learn philosophy.

The Why are we like that? workshop shows how diversity of thought adds to the strength of teams, and that the contribution of every Element is vital in a successful team.

Find a facilitator in your region or contact us.